Projects carried out and active projects 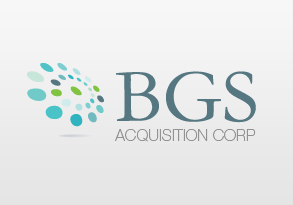 In this way, BGS becomes the first Argentinian company that achieves a genuine issue of shares in the U.S. Public Market since 2002. The investment banks involved were Prince Ridge and Mitsubishi.

This issue was made through the financial instrument called SPAC (Special Purpose Acquisition Company), which was approved by the U.S. SEC (Security Exchange Commission).

BGS Group, whose President is the Argentinian businessman Julio Gutierrez, will be able to make acquisitions in a first stage to the value of US$400m, without this sum constituting a limit. The investments will focus on the acquisition of companies in Mercosur, Panama, Colombia, Dominican Republic and the U.S. Hispanic market. The privileged sectors or segments in this acquisition search will be production companies of television and internet contents and companies engaged in the distribution of cable television, food, banking and insurance services, tourism and hotel management.

Leading BGS Acquisition Corp, as CEO, is the American businessman Cesar Baez that together with Julio Gutierrez, at the end of the 90s developed a series of investments in Argentina and Latin America, acting as management affiliate of the American group Hicks, Muse, Tate & Furst. At that time, investments in distribution companies of cable television were made, with the acquisition and consolidation of more than 69 companies of cable television from Argentina and more than 150 across Latin America. Furthermore, 50% stake in Cablevisión and Fibertel was achieved, the most important cable and internet companies. Investments were also made in advertising companies in the public space (MECA-IOA), shares in the CEI (Citicorp Equity Investment), radio and television and in website contents. These investments covered Argentina, Peru, Brazil, Venezuela, Uruguay and Chile.

The senior staff of BGS Acquisition Corp is completed with Rolando Horman as Executive. Rolando Horman was CEO of Fibertel. He occupied high management positions and advised directories in AVON Cosmetics, Chiclets Adams, Cacharel, Christian Dior, Stani (currently Cadbury), New San and Musimundo among others. Dr. Gustavo Garrido, Managing Partner of Garrido Law Firm, Alan Menkes, Executive of Fondo G2 and John Grabski. Mariana Gutierrez García is CFO. She is currently CFO of BGS Group and of Fortín Quieto Corporation. It is worth noting that Colombia and Mexico were the only two countries across Latin America in which SPAC was used as an investment vehicle.